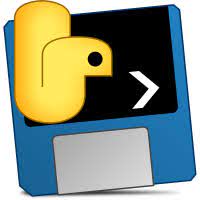 As part of my work at the NASA Jet Propulsion Laboratory, I am developing code that needs to be readily usable across a number of different computer environments and by users with varying levels of programming backgrounds. To go about this, I began looking into strategies for decreasing the number of dependencies needed for the code to run. I had previously developed a standalone application for MacOS and Windows relating to the TopoTable project using PyQt and Pyinstaller and felt that a similar strategy could be employed for this project as well. This post will document some of the intricacies of developing an application using Pyinstaller and hopefully serve as a helpful guide for solving many of the complications that I have come across.

Pyinstaller is a package which freezes and bundles Python code into a self-contained executable or application. It is designed to capture all of your dependencies (packages which are used by your code) so as to make it possible for users to run the program without Python or any of these packages installed themselves. This is very important when distributing to other users, who are always hoping for the shortest number of steps to run your program. I have had decent success using Pyinstaller for my own projects, but, especially as applications grow in size and become more complex, it will require some internet sleuthing to find answers to any development challenges.

Steps to Generate a Pyinstaller Application:

As with most programming, it rarely goes completely without a hitch. Below I’ve highlighted some common errors that I’ve run into: