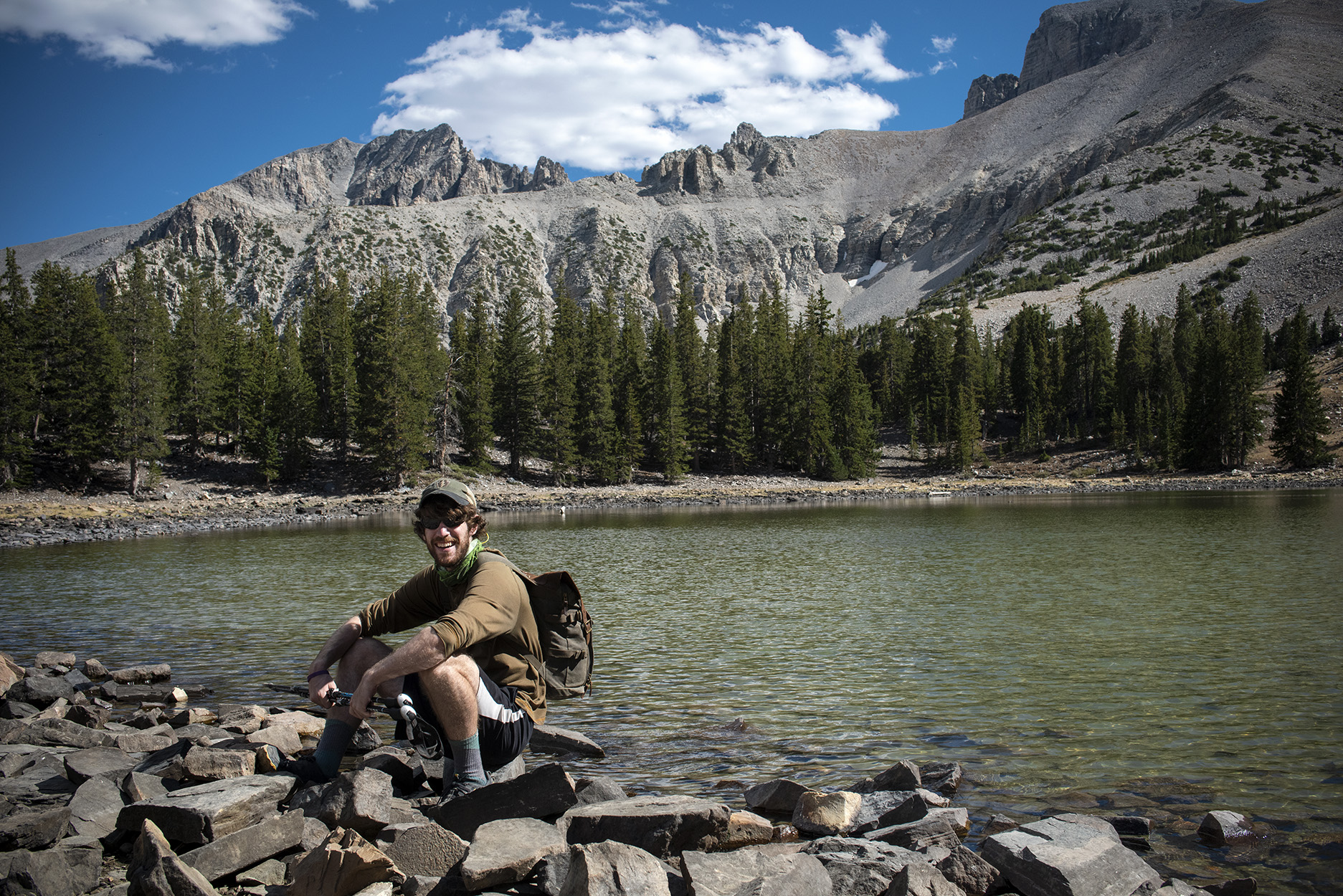 Over the last few months, Margaret and I have visited two new US national parks, Great Basin in Nevada and Pinnacles in California. These two parks are smaller and less visited than some others that are nearby, but are full of really nice hiking trails and photogenic terrain. I’ve included a selection a Margaret’s photos in this post; a more complete collection can be found within our National Parks Gallery.

Located in remote eastern Nevada, Great Basin National Park is centered around Wheeler Peak, a 13,000 foot mountain that towers over the surrounding landscape. This peak is the second highest in Nevada and generates its own weather patterns, allowing for a diverse alpine forest reprieve from the dry Nevada high desert. Great Basin also contains groves of bristlecone pines, one of the oldest species in the world and, more importantly, my favorite tree.

The park is accessible from the east side, with Salt Lake City, Utah being the closest big city. 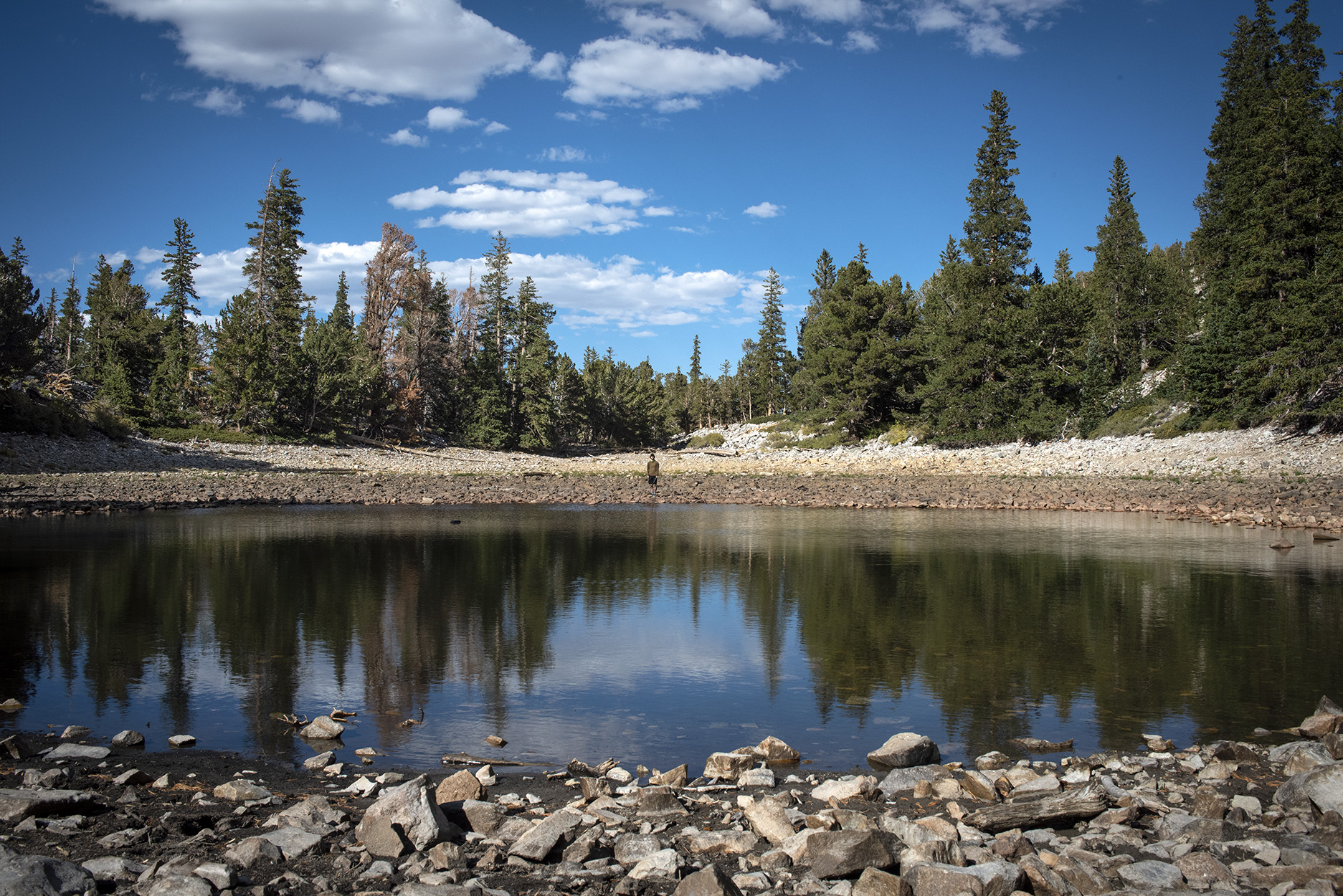 On our last day in the park, we started the climb up to Wheeler Peak but ultimately decided to turn around about 1500 feet below the summit. 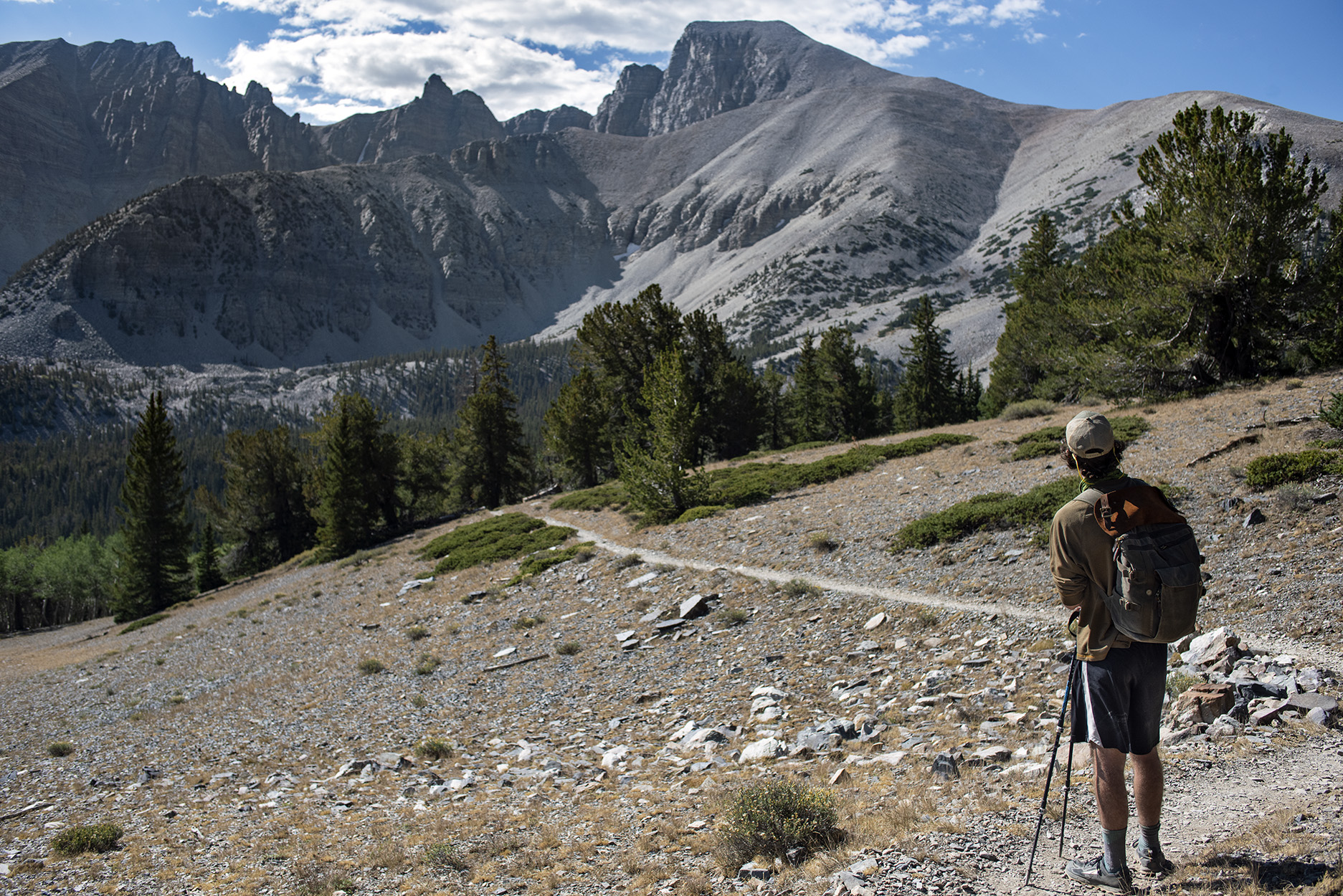 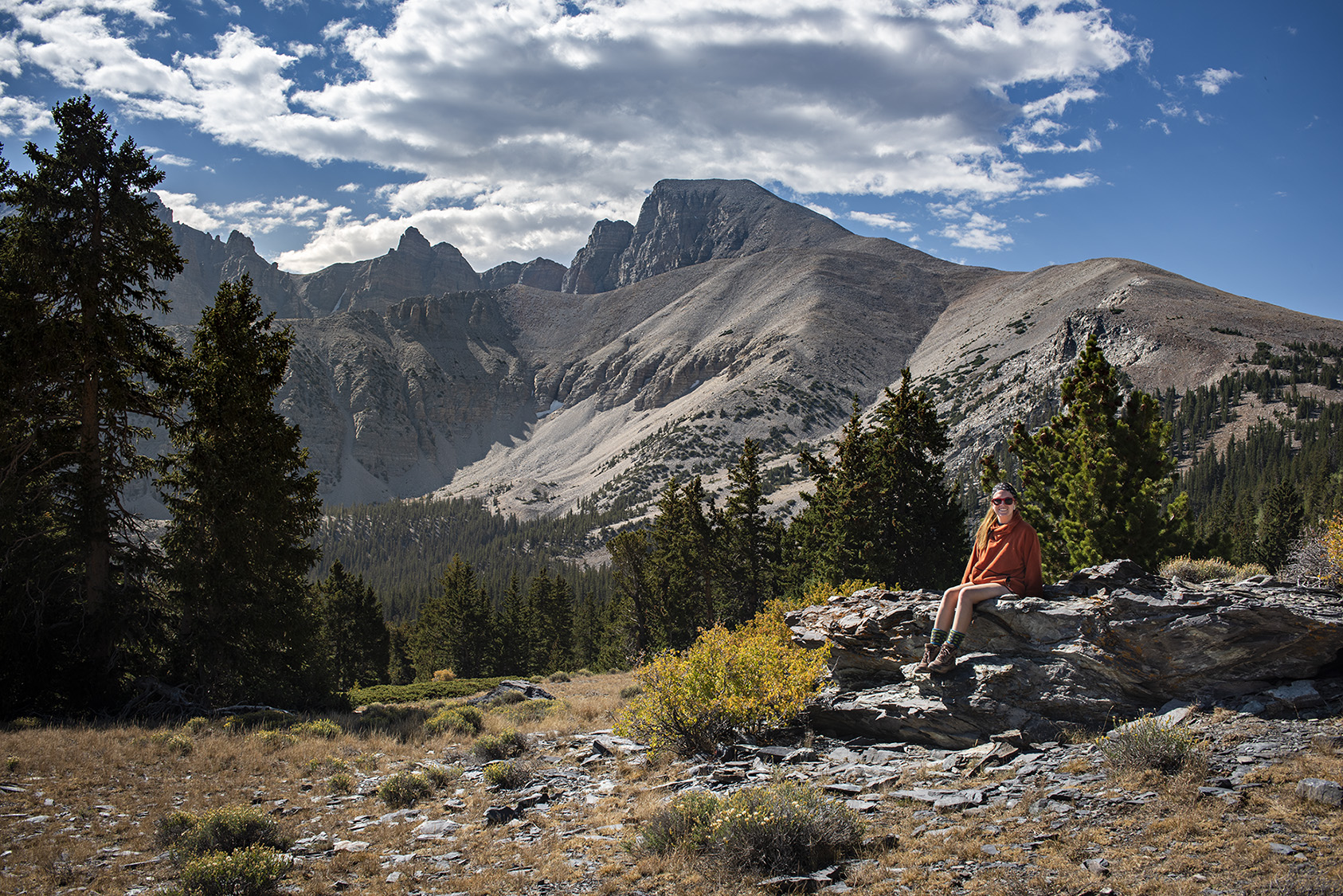 There are two options for food around the park; the Lehman Caves Visitor Center and the small town of Baker. Both have relatively sparse options beyond pizza or burgers, so it is best to pack in what you will want while visiting. If you plan to camp outside of the park, there is Bureau of Land Management land to the north of the park at Sacramento Pass. When we stayed there, the front parking lot was pretty full, so we drove further in to find a more secluded place (there was plenty of room).

Pinnacles National Park is a smaller park about two hours south of San Francisco. The park is well known for its rich climbing history as people flocked to the parks abundance of rock spires. These formations were born from ancient volcanic eruptions in the region and now provide habitat to the critically endangered California condor. 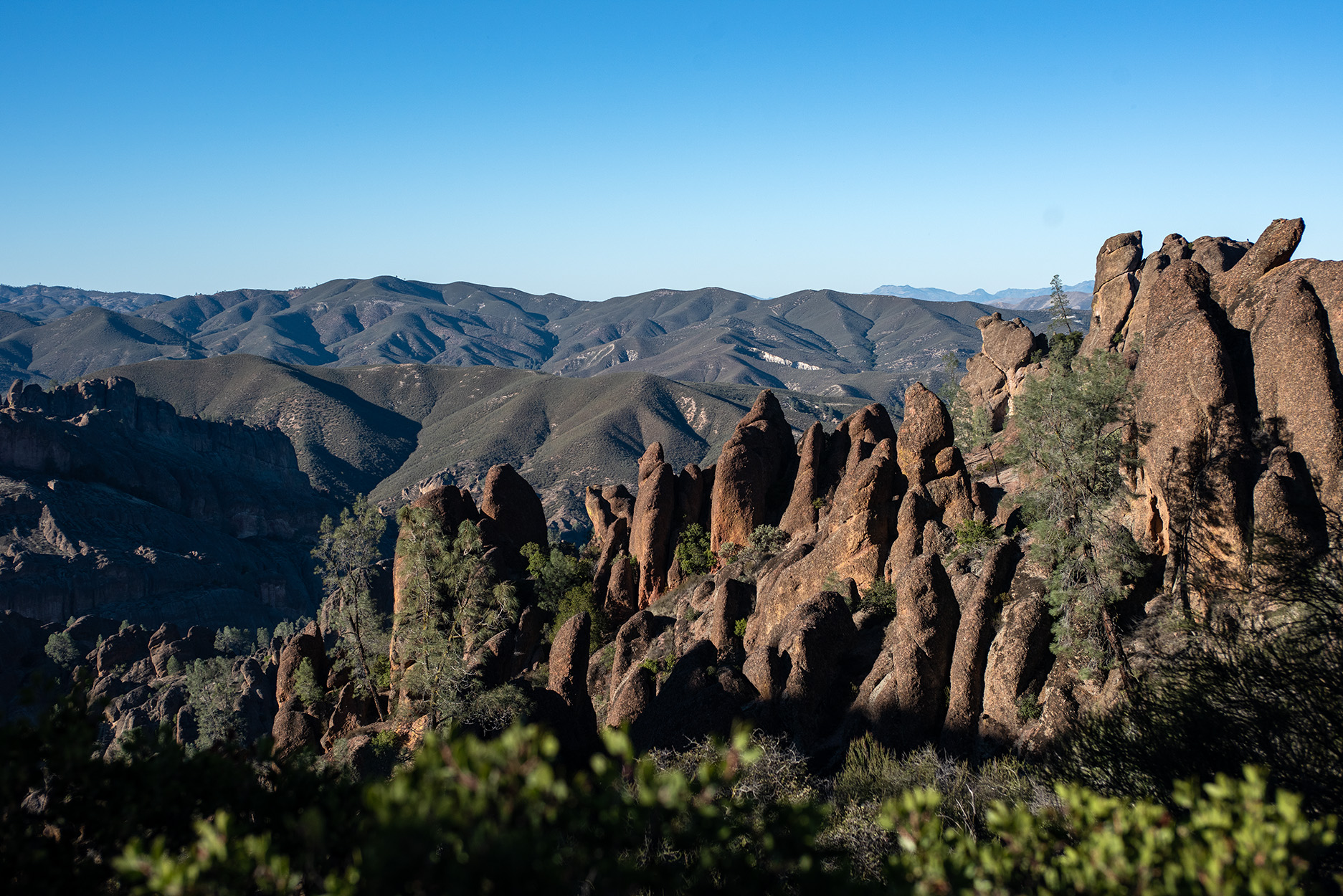 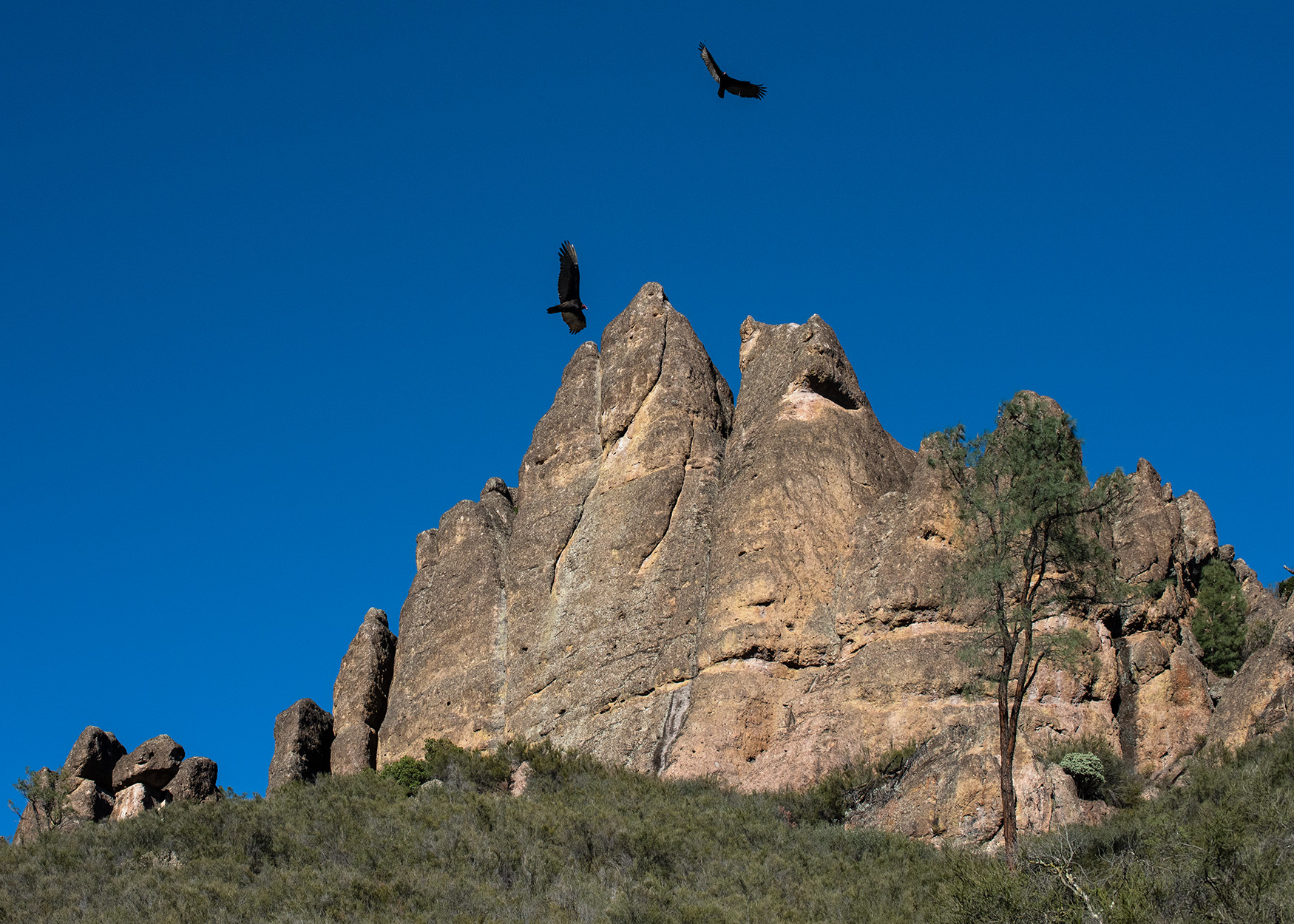 There are many trails that cross the park and lead to the top of these spires. We started on the west side of the park and hiked up the Juniper Canyon Trail to Tunnel Trail and then over the High Peaks section. The latter section winds its way through the highest formations in the park, with the most likely chance for seeing condors. The top of the trail is relatively exposed and requires some scrambling, but the park has added a handrail and cut steps to make the area more accessible. 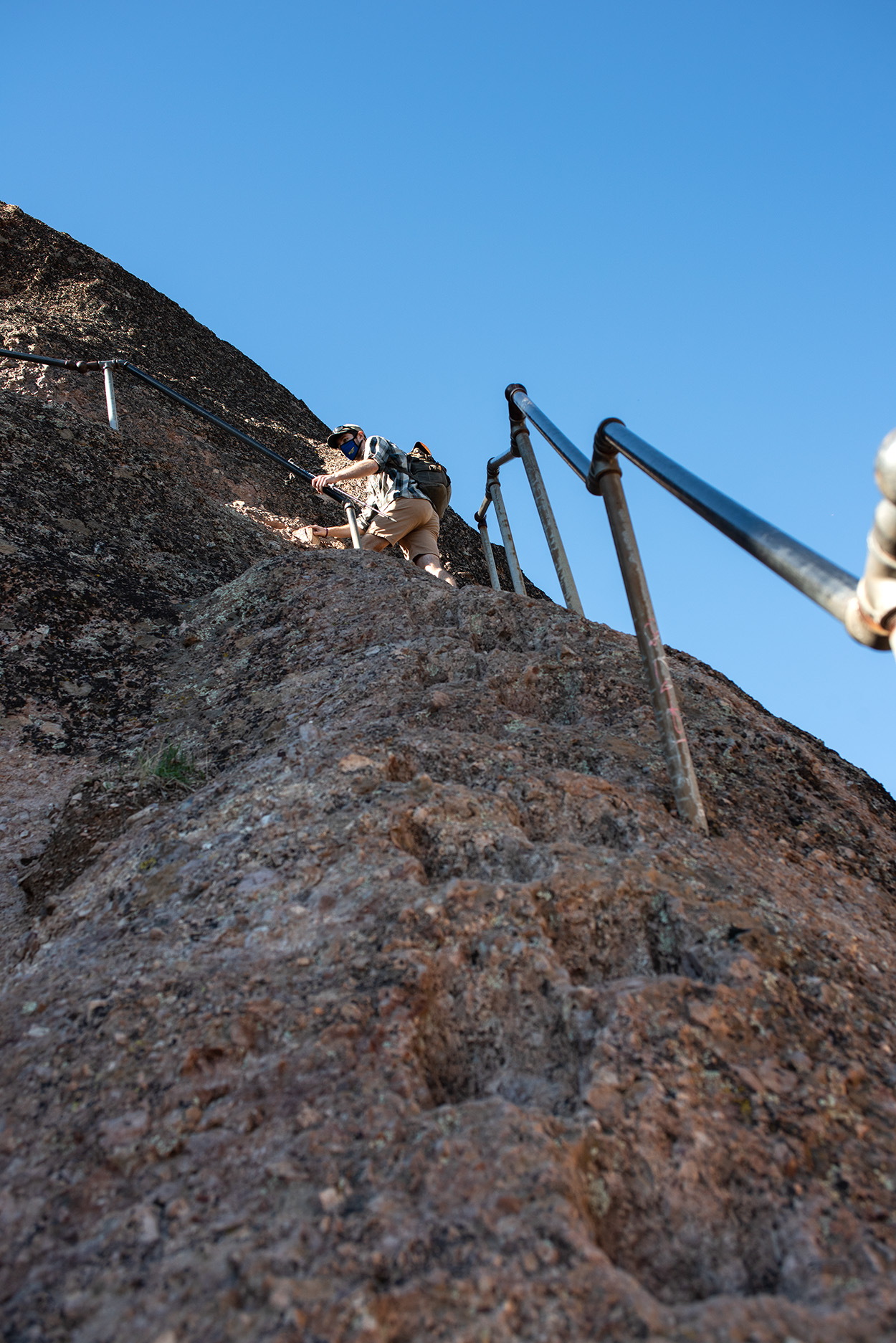 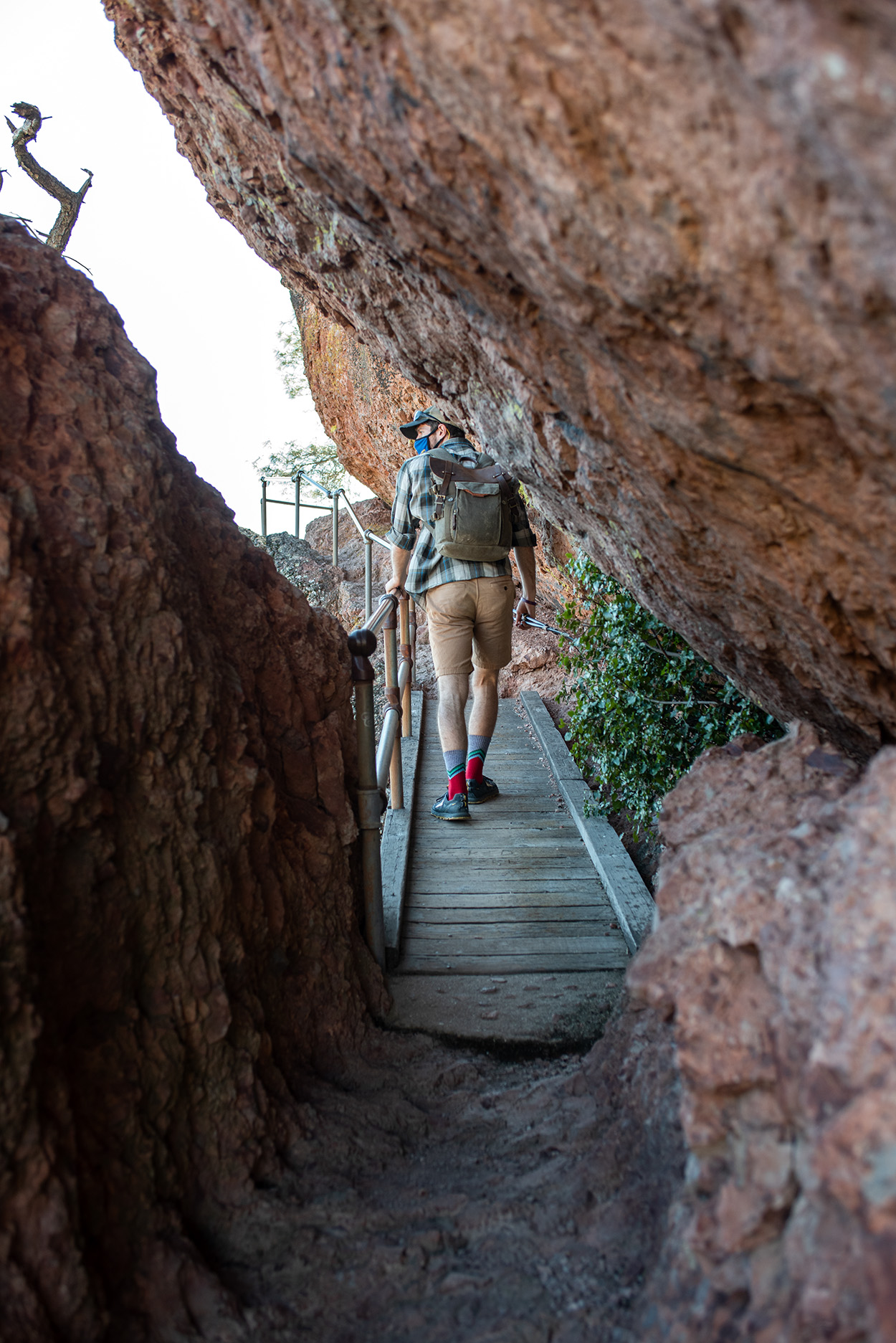 On the eastern side of the park, there is Bear Gulch Reservoir which is backed up by a small dam and would be a great place to have a midday picnic. At the base of the dam, there is a trail which descends into a cave system created by rock falls. Bear Gulch Trail and Moses Spring Trail also host most of the accessible rock climbing in the park, containing both traditional, sport, and top rop walls.

Pinnacles National Park has very little shade when the sun is at its peak. Because of this, the park is best enjoyed outside of the summer months. The closest cities to the park on the western side is Soledad and King City, which both have shops where you can pick up snack or meal supplies.